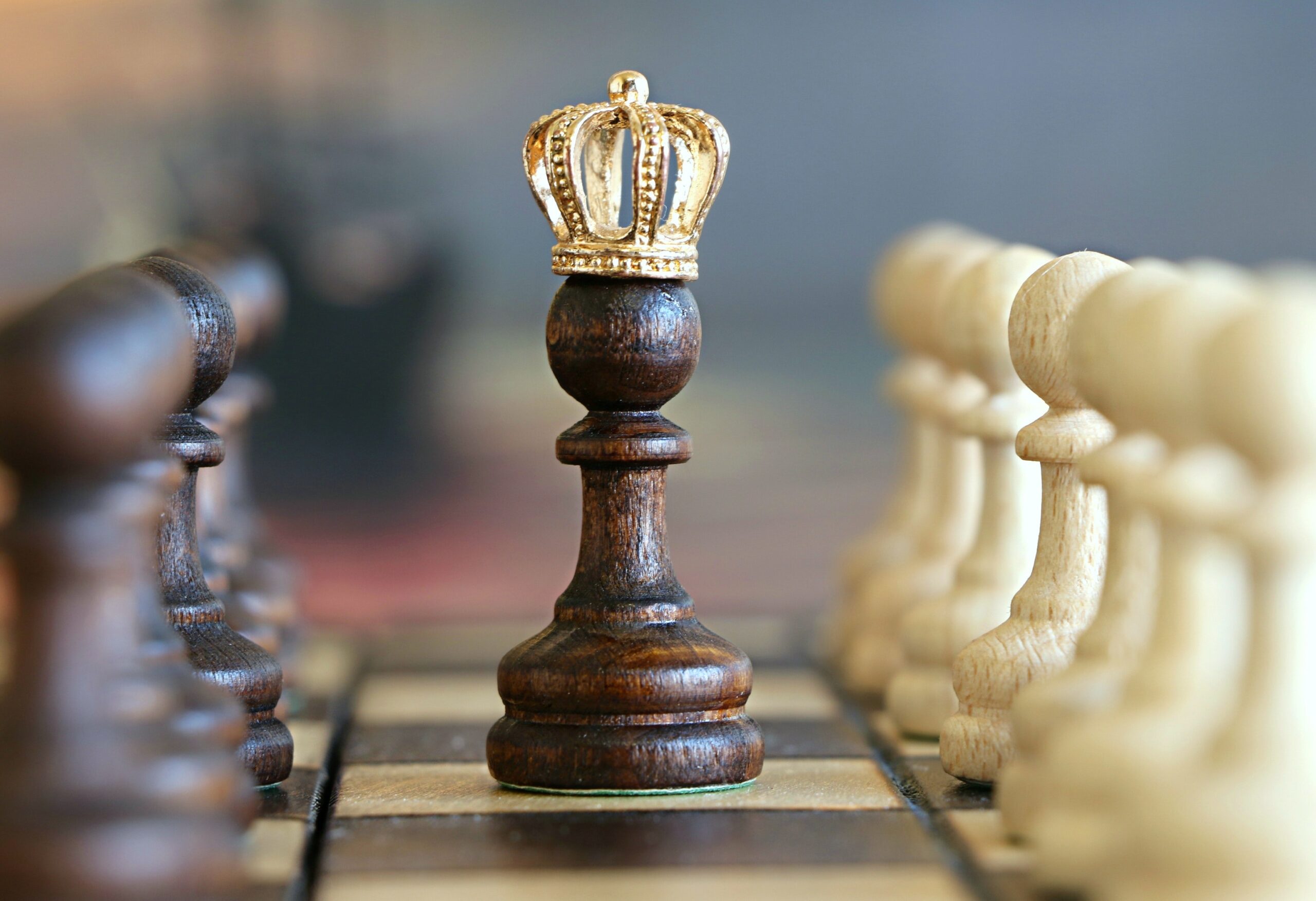 The Myth of the Rational Actor

It is natural to look at people as a combination of their experiences which includes the positions they hold, but this is inconsistent with the axiom of “perception bias” to assume our critique can be seen by everyone. To project our understanding of their experience onto their actual experience is to neglect our own bias.

We would all like to believe we have a solid handle on reality and our own lives. That “good” and “bad” are universal and objectively verifiable and we can act consistently inside those parameters. Further and more importantly, it is foundational to believe that our actions are genuine and not manipulated by others. After all, our choices depend on the premise that we can and are acting in our own self interest.

This is not only a personal dependency but also a necessity for our society (specifically our legal system) as well. If one person doesn’t have an anchor in common reality, then that person can be exiled from society because they are a social harm, but if NO ONE has an anchor in a common reality, then social harm is a meaningless concept since there is no “society”. People acting of their own volition (as opposed to a puppet for other forces) is necessary when giving those people’s voices validation.

There is one universal exclusion when considering this lack of self awareness: when a pawn agrees with the king. If a single authority can be agreed on, then assimilation to that authority is validating. The authority can take many forms from the “philosopher king”, to society at large, to an individual (be it demagogue or “average Jane”). In that respect, personal agency and self awareness is not what makes someone “of sound mind”, but only how well they can share common ground with the avatar of the authority that acts as the judge of the situation.

So it comes back to this: how can we know the judge is a good representation?

To state it differently: can any person self determine that they are of sound mind?

Due to the circular nature of that question (“only someone of sound mind can evaluate a sound mind; everyone lacking a sound mind will evaluate that incorrectly”), I don’t see how it’s possible. The sound mind will always question itself, and the delusional mind will think itself sound. Thus the inmates will ultimately end up running the asylum.

We see the results of this paradox in everyday life:

When applied to society at large, the question of “freewill” falls incredibly short considering the path to obtaining influence. The avatar must prove that it speaks for the local authority and the masses – which also appeals to the authority – must accept the avatar. (On a personal note, this is deeply depressing to me considering the repercussions of that statement means that humanity is locked into doomed echo chambers and hubris.) Whatever virtues we hold (or – to be more accurate – find ourselves holding) is what we will convince ourselves is “truth”. But none of this is through our own agency but through the agency of the authority.

This isn’t restricted to people. Ideas are susceptible to this as well: a philosophy that is not practical will not be perpetuated and will dissolve back into the void (regardless of how applicable or accurate it is).

Consider the following example: there is an economic need to value creature comforts to perpetuate the existence of markets that are not essential but pretend to be (i.e. phones or cars). Society – therefore – will manipulate the virtues of the people to make consumerism and comfort more of a focus. When “survival” has been granted without effort, this manufactured focus will – for many – gain a higher relative priority. So if it is found that humanity’s best choice of survival is to abandon our creature comforts, many will elect to “go down with the Titanic” believing it is in their best interest.

So what does this mean about our own freedom? In general, we assimilate as much as possible due to coercion. While this is synonymous with “consenting to the situation” because we are choosing the path of least resistance, I personally don’t see any difference between this and a minor form of indoctrination. We speak out and claim “harm” when society expects us to assimilate but cannot, yet we will hypocritically condemn others for not assimilating when we can. This isn’t freedom, but “cult think”.

This applies to various social constructs: LGBTQ+ rights, capitalism, allergies, entertainment, mental health, politics.  All of these fundamentally boil down to the same formula: can you assimilate to the authority of “normal”?  If “yes” then you must comply. If “no” then you are not welcome.

Adults are no more than grown kids with a tree house and a “no girls allowed” sign.

Since the war between Russia and Ukraine is a hot topic right now, it is optimal to comment on it, both to portray relevance of what is being said and to get some free “bandwagon cash” (I’m sure I’ll be waiting on that last part for a bit).

Russia ultimately is referencing their perception of history: “Ukraine is and has always been part of the USSR heritage”. They have just been a “prodigal son” corrupted by outside influences. Russia then is protecting their own from corrupting influences. Of course this disregards (as many parents do) the independence that Ukraine has obtained. I’m personally hard pressed to grant even Putin the status of a “rational actor” since he is not immune to his legacy.

Ukraine on the other hand has an internal conflict: wanting independence from an overbearing parent state (and therefore looking outward for protection and friendship) while also acknowledging the past relationship and part of it longs to be reunited for a “simpler time” all but forgotten. Has it been influenced by the appeal of a new worldview while acting unrestrained from the Russian narrative? Yes. And for that reason they can argue “sovereignty“ while still being manipulated (and in this case trying to be forcibly influenced) by other groups.

NATO? They are the “evil boyfriend” who sleeps around while providing a safe haven for the daughter from the overbearing parent. Everyone hates NATO except the daughter.

Point is, no one is a “rational actor” in this scenario. Nor – I would argue – is there one in any other situation.

Who is the Authority?

It is tempting to idolize others, to think they know what is true and what isn’t. It is tempting to believe someone has the answers and we just need to “respect our elders” or other “holders of truth”. All people claiming this are “confidence men” though – convincing themselves as much as anyone else that will listen. There are NO rational actors. Only the charismatic charlatans that will claim truth to manipulate you.

In case you haven’t realized yet, I’m your charlatan for the moment.

The only truth to be had is to realize that the world is not about consent. We never can acquire the fundamental prerequisite of knowing we are acting with a sound mind, so we CAN’T consent even if we wanted to. It instead boils down to this question: in the relationship, who has the most security?

This is why we protect children: they are definitionally dependents; they depend on others to provide them with security, and – in that light – we are all children of different ages. In case it is unclear from my various ramblings, I hate capitalism. Capitalists – by definition – hold all the security. Everyone needs to be protected from them in the same way we protect children.

That said, there is something less material that has more security than capitalists: legacy. Every living thing is dictated by the legacies of the past. We cannot escape it. It grants us knowledge, truth, metaphysical answers, community, purpose, and anything else that is “virtuous”. Legacy (in all its many forms) is the puppet master of life (both socially and individually).

Legacy is the authority. And it is unsympathetic to reality.

The most tragic prisoner is the one that believes his cage is the universe. This is especially tragic when we realize that most cages are used for protection from what is outside. We don’t have freedom, there are no rational actors, there are only people acting in what they have been convinced is their own self interest. But we can at least see the cage. We can see beyond it and – for better or worse – choose the cage we are to be contained in.

Hell is not other people. Hell is separating yourself from others that will accept you. Indoctrination is most effective if it’s the only choice you know about. If you see alternatives and still revert to your own philosophy at least you know it is relatively correct.  If someone says “2+2=5” we don’t ignore them, but acknowledge the idea exists while also identifying it is incompatible with reality. If someone says “2+2=10” and you disregard it without considering it, you may be missing out on base four calculations and modular arithmetic. You are choosing to live in a more limited cell.

If you take anything away from this article, I hope it’s this: every “judge” is a social dictation on what legacy we appeal to. While there are many that promote those that need it and demonize exclusive thinking, most of the accepted ones are a defense of past comforts. The accepted ones will lead us to “going down with the Titanic” if we continue to assimilate to them.

Don’t assimilate. Explore the alternatives. Be an “inclusive actor” since being a “rational” one is no longer an alternative.

2 thoughts on “The Myth of the Rational Actor”