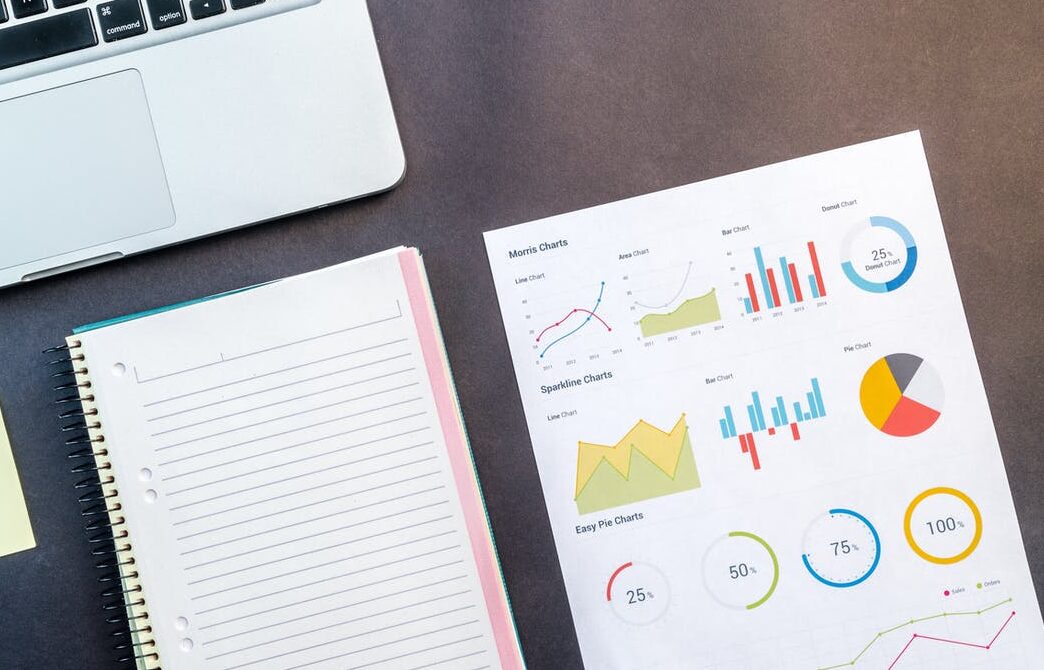 this is approximately a 10 minute read.

[…] it is vital to note that the social cohesion provided becomes circular at the moment when it is defended. Civility that is not questioned is practical reality, and reality needs no defense. The moment it is questioned, it stops being reality and enters the realm of subjectivity.

I’ve talked before about the danger of assuming we can know what is real but for those of you that need a refresher: we are limited and reality is unboundedly complex. To assume that we can know what is objectively true is at best hubris and at worst purposefully misleading. Any “universal truth” can and will be denied the moment it is conceived, at which point we can no longer assume it is objective.

This isn’t to say that there aren’t uses for claiming “facts”.  Facts are what keep a society on the same page: “it is wrong to murder people”, “those that don’t work are lazy”, “bullies are bad people”, “billionaires are immoral”, “everyone falls prey to perception bias”. Which of these are true? Given a wide enough audience, I’m sure each will be accepted as “truth” by someone and rejected by others. I think the last statement is pretty undeniable, but there are likely some mystics that would disagree with me.

And that’s the point: we can only CLAIM to know facts. But time will eventually make fools of us all. Today’s divine text is tomorrow’s mythology.

So what are we to do then? Just give up?

Don’t be silly. Giving up is not an option for us. We have an evolutionary bias for self preservation. Even if we accept that everything is subjective we can still choose the truth that we want to believe (and I would argue you always will). But the benefit now is we can consider alternatives and better understand others.

This is where dialectics enters the conversation.

Where news, politicians, holy leaders, military officers, teachers, parents, and other authorities will be dictatorial about what is “true”; this is a form of indoctrination that we all go through to get an initial understanding. It will dictate the cohesive framework that we see the world from. Of course these are subjective legacies, but it does serve a purpose: knowing how to interact with society.

Dialectics on the other hand is about contrast. For those that don’t know, dialectics can be summarized as putting two ideas against each other and finding which is more practical to use. While some may make the stronger statement that this is a method of “developing truth”, this is flawed. It’s fundamentally about challenging the facts we were indoctrinated into. Using dialectics is an attempt to create additional options to consider. If we are honest with ourselves, the more absurd a claim is, the more we ought to try and understand it. Our initial claim of absurdity is a defense to the challenge the idea presents. To dismiss it is synonymous with claiming “the cores of my indoctrination are not to be challenged”.

Please understand engaging in dialectics does take practice. Initially, it’s very tempting to completely reject the indoctrination as malicious, but it’s not. Many traditions are based on historical knowledge lost with time. Some are no longer relevant and some passively essential. It is just as important to know why your ideology cannot combat the “absurd” as it is to consider the additional option.

For a brief moment, I would like to discuss the three traditional styles of rhetoric: pathos (emotions), logos (logic), and ethos (morality).

It is most common to discuss things strictly logically (logos) in a data driven society. For example, within the “guardian” statement, this is backed up with studies and statistics and empirical data. For the “bridge” statement, this is based on an understanding of physics and experimentation and authoritative sources. As stated, no moral claims are made, and no emotional claims are made.

There is a deeper discussion here about what this means for non-data driven cultures. What their beliefs assume and how they discuss it, but the fullness of that conversation will have to wait. For now it’s important to address our current social assumptions and the things it implies.

Is it morally good to be capitalistically successful? Is it morally good to build stable bridges? Obviously yes for the second one.  Again, self preservation is inherent to us. So to even assume that it is immoral to protect people is an atrocity. As for the morality concerning capitalistic success? That is cultural. If we proposed that to monarchs, that may need some defending as to why giving individuals economic power is coherent with their “divine right to rule”.

Similarly, there are built in pathos arguments. For someone that values the aesthetic of nature unperturbed by large constructs, building a reinforced bridge for cars would take some convincing. For more “traditional” minded people, the idea of “multiple guardians” supports the idea that divorce is bad and the traditional family is good, but they likely wouldn’t consider that 3 guardians (or even better: 7!) have a better success record than 2.

Since ultimately my ideology is radical civility, I would also like to include a fourth rhetorical style that I developed while writing my thesis: Constos. While it would be more in line with consistency, it is based off the idea of inertia or legacy, a concept that doesn’t seem to be captured directly above (although it does overlap a bit with ethos). This rhetoric will utilize the trends of the culture to make the case. For example, with the “model” statement, you can depend on constos to do the work for you when appealing to an engineering class, but not so much if you are appealing to a group concerned with preserving nature.

The reason I wanted to mention this last one is because I think it shows that even with the most basic social interactions, we still have a lot of hidden “truths” that we have yet to explore.

So why am I going on about this?

I see a lot of people stating claims as “true” when there has yet to be an established common ground. This causes two problems:

When the manufactured disagreement occurs, this typically results in both parties striving to find a difference of opinion. When none are found, juvinile hard claims are generated in the moment and doubled down on. They indoctrinate themselves into supporting suffering because they want their opponent to lose. If there is an audience, it’s rare that they don’t unconditionally support the avatar of their community, now the hard claim is canon. All over semantics.

The second is often pushed by leaders of the community in order to justify their reason to dehumanize the “outsiders”. “Immigrants are bad”, “Commies are traitors”, “anarchists only want chaos”. Philosophically and empirically none of these are true, but – if the statement is considered “fact” – the community will consider any suffering tragically necessary.

And here comes the fault of community assimilation: empathy is often limited to defend the group. It is considered necessary to justify the suffering “other”. It is wrong to try and argue on behalf of the “other” with pathos, and if someone does, it must be invalidated. As such there is no challenge to the internal “truth” of the community. Most uncritically believe that they are objectively correct and any challenge is absurd.

This honestly terrifies me. In that case, if multiple communities claim to hold “the truth” and they refuse to apply pathos then all possible dialectics break down. They won’t agree on the prescribed ethos. They won’t agree on the prescribed logos. Empathy for the “other” could build a bridge, but that is now absurd to consider. This leads to one single resolution for synthesis:

“Might makes right.” In short: elimination of the alternative ideology.

There is a well known right wing debater in the US named Ben Shapiro who made the phrase “facts don’t care about your feelings” popular. I hold nothing but contempt and adoration for someone who could create such a persuasively awful catchphrase.

With 8 syllables, the phrase dictates to the audience that pathos is irrelevant.  Not just to the outgroup, but to everyone. The indoctrination that you have currently (or will have after Ben convinces you) are the only facts to consider. You cannot be bigoted. You cannot be sociopathic. You cannot cause harm. There is no alternative opinion. There is only [your] truth.

This is unironically a call for war.

In an attempt to offset this, I would like to propose that empathy is more important than facts. Regardless of what is “true”, finding the situation in which the least people suffer is the optimal decision. This is of course harder to accept than “I’m right”, so I’m going to be a bit defensive in this section.

This is inherently a rejection of objectivity. It undermines the idea of “scientific truth” (which frankly I’m ok with because science is essentially about falsification). It rejects religious dogma, and traditional essentialism, or civil dictations. This is – at its core – Critical Theory.

Some will look at this as flawed, appealing to the security that objectivity grants them. Appealing to the comfort that they have found in their current social indoctrination.

To be blunt: I don’t care. Beliefs alone should never be used to hurt others. If you have gotten to this point and still think this statement is untrue, then your indoctrination is too strong and this article is not for you.

Another defense is that “knowing reality is common sense. Experience, logic, community, everything in my [tiny tiny part of the] world has led me to this Truth.”

Guess what? Reality is chaotic and you cannot know if you have unconsciously rejected experiences that contradict you. Feelings create your facts. Not the other way around.

Am I being unfair here? Maybe. After all I’m making a hard claim that I argued against previously, but fortunately for me I still have one more thing that works in my favor:

One thing has always been unquestioned in this article. One thing that I’ve not allowed myself to critically analyze, but I will now: self preservation is not logical or factual. There is no way to rationalize it without being circular. We depend on it because we feel it’s right, which should be considered valid. To ignore this feeling is a path to self sacrifice.

Ignoring pathos and feelings is literally self destructive and servitude. Please value others. Please empathize with them. Because in the end, empathy is more important than facts.