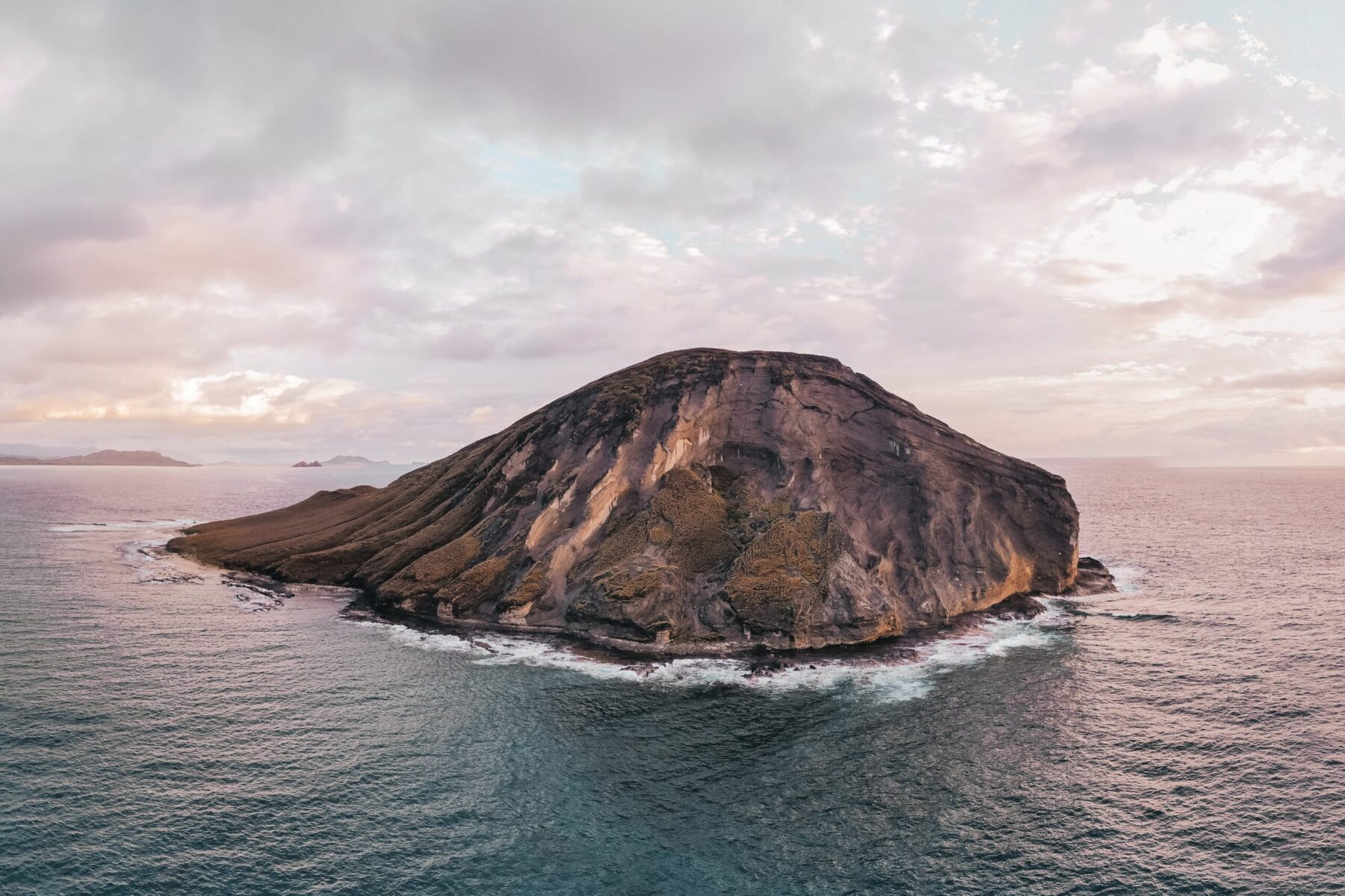 this is approximately a 8 minute read.

… “utopia” can never be fully realized. Any advocating for a stagnant “best” society is an appeal to a supreme civility which will inherently exclude others.

… Here There Be Monsters

“Paradise” is – fundamentally – the most ideal experience that can be provided by reality. It is free of pain and suffering. It promotes us as we naturally are without hindrances. It provides every desire before we know we want it.

Of course, this understanding cannot generalize. Everyone has different tastes, different desires, different fears. One person’s paradise will likely be a place of suffering for a great number of others. Paradise then must objectify, dehumanize, and reject those who imagine a different paradise. For those that prioritize fair treatment this is unacceptable. Therefore, either everyone must abandon the things that make them unique and assimilate to paradise or it cannot exist in a limited space.

While this can expand to a wider conversation about how this subconscious desire either indirectly or directly affects our pursuit of new spaces (e.g. space travel, games/virtual reality, gentrification, genocide, or heaven), that won’t be the purpose of this piece because those fundamentally refuse to acknowledge what paradise lacks: an outside perspective.

Historically, the closer a person has gotten to obtaining “paradise”, the more they try to keep it. Dictators, leaders, bosses, …. parents…. all have the means and ability to keep their space under their control. To have a local paradise. But that means that everyone opposed to their paradise must be kept away.  And moreover, those that have assimilated to their paradise must also understand the risk of empathizing with them. They must be exclusive with this experience and when that inevitably fails, they will conserve what they have left (real or imagined).

This focus will create an inevitable mindset: it is other people’s fault that we don’t have a paradise, and we must try to get rid of them even though they are a constant threat. Those with the means will try to get rid of them: either by expelling them or leaving them behind via the new spaces, and those without the means will piggyback on the optimistic approaches of others.

While I’m going to ignore a lot of this, I will address one of these follow up questions: am I equating Elon Musk or politicians or Playstation VR to cult leaders and their strongest advocates to zealots?  Yes, yes I am. There is a subtle claim in all of this escapism that “paradise cannot exist on earth, so it must be abandoned to the heathens.” Or, to put it secularly:

“Abandon all hope, for here there be monsters.”

Of course, the paradise we are transfixed on is ours. The monsters are seeking to undermine it, not to promote it. We – the constructors of the desired paradise – cannot be the monsters by definition. It is always the “others” that are to blame.

Whether we claim the “monsters” are corrupted nature, the institutions that support our enemies, unstoppable supernatural demons, or simply inconsiderate and selfish children; “monsters” can never be included or allowed to assimilate because their “evil” essense will corrupt the paradise we are building. And so a dichotomy is made: good vs bad, self vs other, moral vs immoral, right vs wrong, truth vs untruth. These categories are necessary to preserve the sanctity of paradise.

It should be pointed out that even moderates are susceptible to this (and we all view ourselves as moderates in spite of how much of the world may disagree with us). To present this in a more understandable way, which of the following is radical:

The person fighting to survive in a dying world? or the person denying that threat of exponential change so their own comfort is not invalidated?

The looter taking advantage of a chaotic protest to acquire a “normal” living standard? or the person feeding a villain persona because they don’t want rising prices?

This can be generalized to no end, and – while there are the exceptional unaccounted for and unpredictable boogiemen – most (if not all) people have solid reason to feel “in the right” about every action they take. These “monsters” then – the people we judge and want to exclude from our paradise – are victims of the paradise we want to build. We are MAKING the monsters because of our limited ability to understand the world. So to blame others for ruining paradise, we must then blame ourselves as well.

We are monsters the same way they are.

This may depress some to consider yourselves and your enemies as morally equivalent, but that is not the intent here. The intent is to show that – just like you have an idea for a (self defeating) paradise so does every other “monster”. There are – in my perspective – really only two ways to address this: either wait for an inexperienced and – let’s not delude ourselves – unimaginable “afterlife” that defies all known concepts of reality to be happy. Or – alternatively – we can start to reimagine what it is we want.

I would argue the first option would be hellish. Trapped in your own perception with no unwelcome information to force growth and an expanded understanding of the world? You would start to turn against yourself…there would be so much urge for a differing view to find meaning in any of it that you would fight with shadows.  And if there were no shadows, you would fight with light. By excluding any instance of suffering or pain, you are forcing yourself into non-existence. The person you are… the identity you hold would wither into meaninglessness.

In contrast, we can attempt to rewrite our desires. We can understand that the monsters (which includes ourselves) are what gives the world beauty and contrast. Again, I don’t want to belittle anyone’s experience by suggesting there isn’t a need for protection from threats of pain and suffering, but – and this needs to be clear – not every contrast to our opinion is a threat. In that respect, striving for something different doesn’t mean abandoning paradise but – instead – to redefine “suffering” so it isn’t so all encompassing.

While it is easy to look at suffering as “a restriction from our own personal norm”, I would suggest that we also need to account for the norm of the monster. If you can sacrifice some comfort to ensure that others can live slightly more like you, then that sacrifice should be considered expected. This does not mean to lie down and get stepped on: respect cannot be one sided; but if we equate suffering to “living less comfortably” it is hypocritical to think we are any better than those we demonize.

We must change how we view others. We must acknowledge that we can – and likely are – our own worst enemies. Without contrast, paradise is a prison.

The monster’s paradise is worth analyzing.

It is worth reflecting on what was said about the initial view of paradise. It was self serving. It was a view that we know best. It is – to borrow a religious phrase – the belief that we are better than God. This is hypocritical in every instance. We are limited where reality is unimaginably complex, we have severe perception bias where social consciousness is diverse, we are delusional while cause and effect is a consistent force.

The hubris of claiming that suffering is because of others and – should they be rejected – we can have a utopia without them is asinine. We need to reject that “hell is other people” and instead embrace that “hell is our expectations”; if we want utopia we need to allow those we disagree with to influence our paradise.

If we strive for order, we will only tear ourselves apart. Instead, let’s embrace the value of unexpected and unharmful chaos so that the disempowered can be heard.

This will likely bring an immediate rebuttal: “my enemies are convincing, and they wish me harm even if they don’t say it. They don’t need to be promoted.” While this is something I struggle with as well, one thought wins out in my mind: the world isn’t full of monsters. It is full of people wanting a comfortable life. Push comes to shove, they will inherently reject your enemies just as you will – we see this time and time again. If this fear was founded, the world’s comfort wouldn’t be getting incrementally better.

In the end, the only consistent way to discuss any type of paradise or utopia is one built not for yourself, but for that of others. Anyone trying to sell you a paradise which is customized to you and (either explicitly or implicitly) demands exclusion, you are doing self harm by listening to them.

Paradise must include the monsters you create. If you aren’t ok with this, you don’t deserve to be there.

One thought on “Suffering and Paradise”