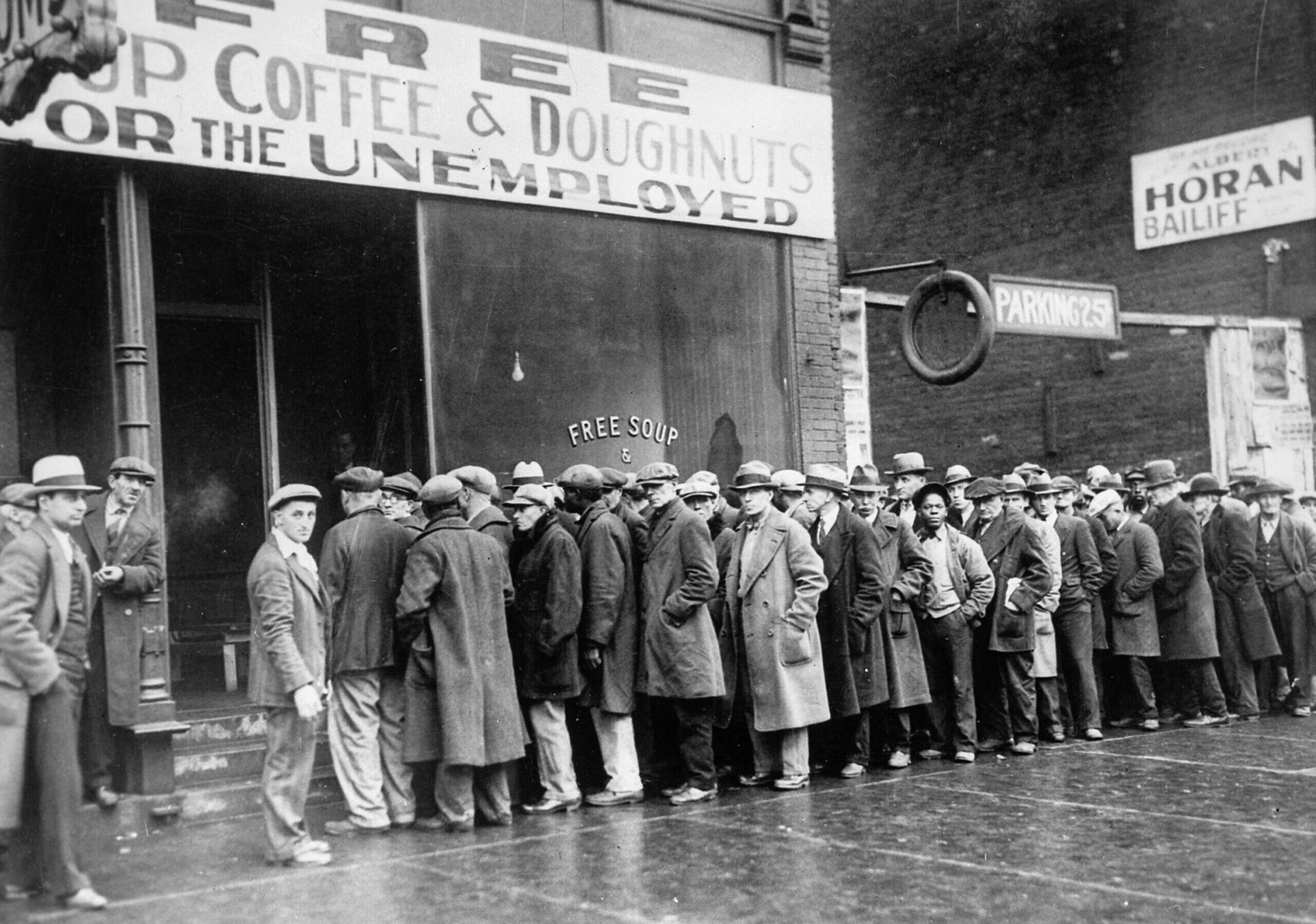 this is approximately a 10 minute read.

Everyone’s understanding of “normal” is inherently built into perception bias so our projection of what everyone’s needs are will not be universally accurate. Regardless, the alternative – assuming that your normality is deserved and only applicable to yourself – breaks the meaning of what “normal” is intended to describe. Assuming your normality is not deserved by others is not only a gross misrepresentation of others, but will be – by definition – more harmful.

Radical Civility – Values – Relative Normality – #4 One ought to distribute […]

In John F. Kennedy’s Inaugural Address on January 20, 1961; a patriotic standard was declared:

I’m not a historian, but my understanding is that this declaration was made in a time of wealth, prosperity, and security. It was a command that society (nationally and globally) should not be expected to look to the privileged for assistance. One should look to their own capabilities.

Please excuse my crassness but… what the fuck?

I very quickly will admit I could be reading this wrong, but I know I’m not the only one. This “bootstraps” argument was heard by (and addressed to) the world. Just over two decades earlier was the systemic failure and suffering of the great depression. The fundamental claim that perpetuated (regardless of the intent) was that it is unpatriotic to ask anything from the government. You don’t deserve it. That is not what governance is for.

Which begs the question: if protection of the citizenship isn’t the point of governance, what is it?

This question would ordinarily be rhetorical. Any answer beyond “to ensure the influential stay influential” is naïve. Yet I ask this genuinely, not because I need an answer but because I think we can do better.

What We Are Owed

The plight of a millennial (no property, no capital to speak of, no expectation of a “successful” future) is common, all the while the “professional” world continues to elude them. When the desire for “security” is ever expressed, it is no longer surprising for someone with a platform who can demand validation through a managerial role or political leverage of some type will retort with “you aren’t owed anything! You need to work for it!” (as if they aren’t). It is becoming increasingly apparent that this ideology does not work for the average world citizen.

There is a narrative that – in times past – your everyday citizen was able to – with enough merit – live a comfortable life. They may not have been a Carnagie, Rockefeller, or Trump; but their children or children’s children had that potential. In the US everyone had the opportunity to generate success and stability. The problem with this is that it is just that, a narrative: something we tell ourselves regardless of how true it is.

Consider this alternative: in times past – your everyday citizen was never represented in the historical mythos. Their prospects may have been relatively greater, but the mass majority of the US population has always had limited agency. The difference is that the expectations of what the standard person deserved was based on their local community. Few knew about the perspective of the world’s Rockafellers and most community aristocrats walked a fine line between profit hoarding and pitchforks resulting from local envy. Beyond the ability to hold people accountable for their greed, not much has changed.

So this contrast of narratives creates a dilemma: some people will believe social tension is the result of expecting too much and those of the past were simply more grateful; others can reasonably believe that the drivers of society have become more untouchable. Which is it? And more importantly, why believe one over the other?

If we look at it from a standpoint of what is better for a community, it will be to believe that which will bring stability to the most people. So I would like for the audience to consider being in a community that fundamentally doesn’t validate individual self preservation. This would imply a plethora of beliefs that should seem socially egregious. For example:

but let’s consider the hypothetical anyway.

(In case it wasn’t apparent because of Poe’s Law, there is a bit of ironic sarcasm within that last paragraph.)

If someone existed in this reality – one in which a “tomorrow” may not ever come – how could anyone plan for the future? How could someone come to the conclusion they deserve “hope”? Personally – and this might just be my lack of imagination – I don’t think you could.

At this point in the conversation we can see how perspective divides society: those for which a tomorrow is inevitable vs those for which tomorrow is beyond consideration. I’m certain that people pass from one group to the other – either by gaining more security or losing it – but it’s hard for me to imagine holding both perspectives in unison. This scares me slightly because it means that those that have a more secure “tomorrowness” can plan – and even scheme – about how to use those with less or none.

This social leverage could fundamentally break society. I think it is fairly obvious that removing this leverage will promote the most stability. As such, we should never let the “hypothetical” discussed here come to pass.

If we can all agree on this, at least we can avoid a society doomed to break under its own weight. And for those of us that think it’s too late, we can imagine an alternative to fight for.

In spite of myself, I have some respect for the concept of gratitude. When a person is comfortable and can acknowledge the excess of that lifestyle without normalizing it, they can empathize with those that aren’t as stable. They share, distribute, and promote. They can have humility and think of those without as peers. This self recognition IS a virtue.

It is for that respect that I despise anyone that evokes gratitude as a defense. When this happens, it changes the conversation from having appreciation to condemnation. It blurs the line between entitlement and victim to the point that any further analysis is impossible. And I believe that’s the point.

When involved in these conversations I try to ask if the Rockefellers or Trumps are grateful. Logically they can’t be. That level of hoarding only comes from a place of unquenchable self entitlement. Put simply: I see no alternative for them than the perspective they must deserve the world and nothing less is enough. Those that have moved into the .01% richest people cannot do so while valuing egalitarianism. Only by believing the world is yours to take advantage of can you achieve the “American Dream”. Those that are valued most in society cannot be grateful, so – unless that changes – society shouldn’t demand gratitude from anyone. For those that value nationalism: demanding that others be grateful is unpatriotic.

Unfortunately it is only slightly more patriotic than arguing for the promotion of others within an individualist nation. Now I’m depressed.

So the successful believe they deserve everything. Should everyone think that way? I mean… we could, but that isn’t sustainable. Is having a tomorrow enough? We do all definitely deserve that, but there would be a lot that is unaccounted for. Is there an equilibrium? I will argue for one.

In order for this to be valid, we first have to explicitly declare: we do not live in a meritocracy. This isn’t a value judgment or a desire, but a fact. When there is an expected essentialization of “better” or “worse” applied to unalterable demographics (race, sex, height, build, etc), there will always be vapid influences on “success”. If you disagree with my assessment, take it up with those that “joke” with messed up slogans like “women belong in the kitchen”.

Now that that is out of the way, we can start to make parallels between the current economy and those of the past. Did the monarchs of old deserve their status? They did get the training to ensure they acted correctly and could manage their responsibility (this is an argument that many authoritarians use). Do others deserve that possibility though? History seems to say “yes”.

And that generalizes (or at least, it SHOULD). Do people born into wealth deserve it? Well they are given a better education and connections allowing them to perpetuate it. But others deserve that too. Should people born into good neighborhoods have better initial positions? Well they do have better connections. But others deserve that too. Etc. Etc. Etc.

It seems to me that the only consistent thing is to say if goods can be distributed to everyone, then everyone deserves those goods. As a society it is high time we acknowledge this is what should be normal.  Or – even stronger – having what can be distributed is definitionally and factually “socially normal”; anything less is propaganda.

I have held this view for a while, and the more I internalize it, the easier it is to defend things and see through unjust narratives. With that in mind I suggest anyone reading this please try to do the same. I’ll stress it again for emphasis: having what can be distributed is definitionally and factually “socially normal”; anything less is propaganda.

Will this make some people unhappy? Sure. But why do they deserve things while others don’t? And others necessarily are part of their conversation since they depend on those “others” for increased hoarding. Socially they are excessive. But when you are in your high castle partitioned from the those you exploited, it’s hard to consider them peers. This is why we need to define the conversation about what is distributable: those that are being exploited must always be included when evaluating “normality”. We’ve already established that “success” is by initial luck and not uniquely deserved. So honestly… I don’t care anymore. Let them be unhappy.

We depend on society because we exist better within it than alone. Society depends on governance to remain cohesive. That’s the idea anyway.

In current practice, it has been reversed. Authoritarians depend on society to have power. And society can demand servitude from us because there is nowhere else to go.

I’ve been careful in this article to use “society” as a construct we can demand things of, because we can. Government is not society. If the government is not going to validate what is factually normal, then it is no longer a representation of society.

One thought on “Deserving Tomorrow”