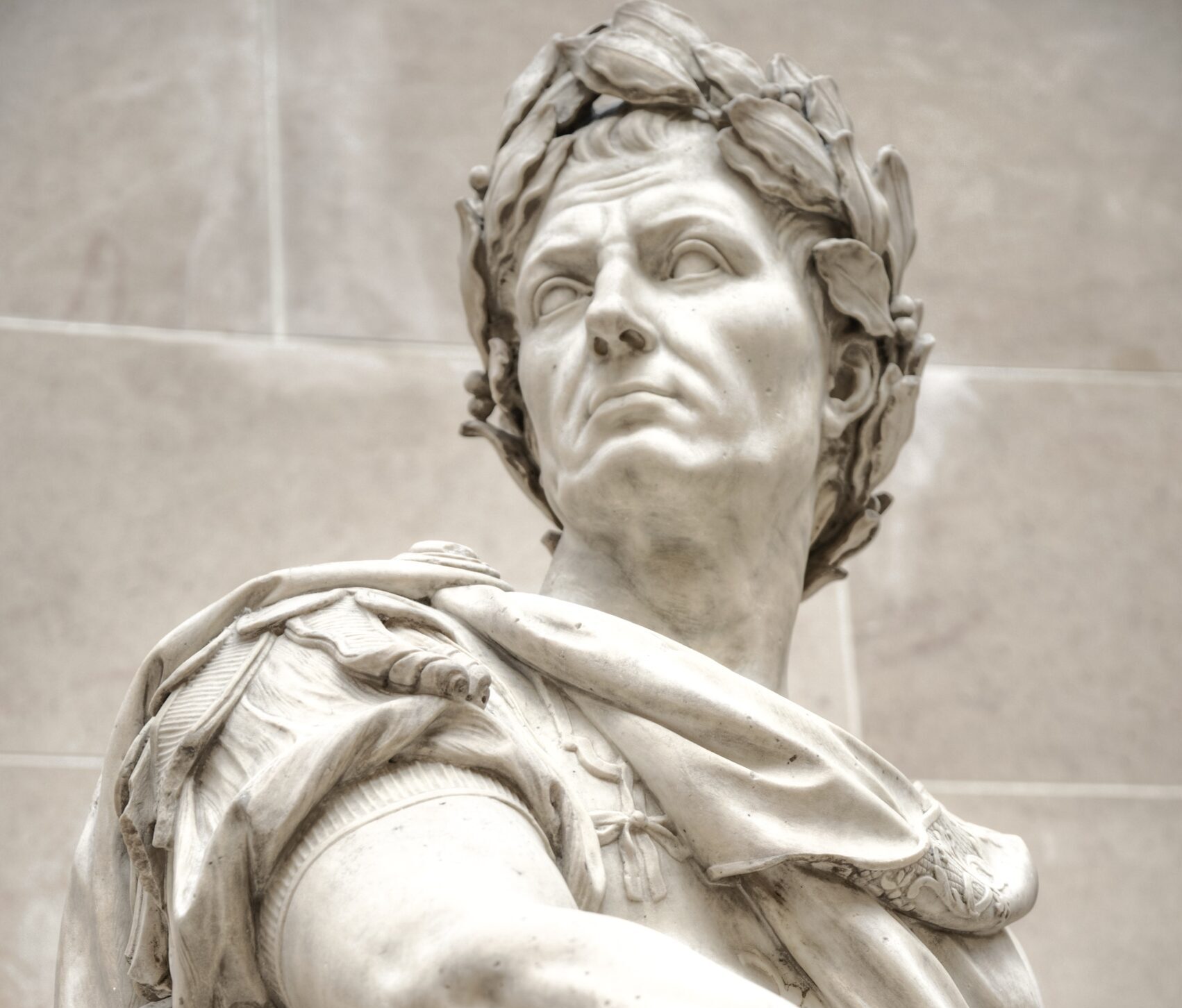 this is approximately a 10 minutes read.

Even though avatars of civility will necessarily describe allies of radicality as “ungrateful” or “offensive” or “impractical”, in truth the radical are only wanting to consider reality subjectively so that legacies will have the best chance of preservation.

While there is an extremely specific definition for sociopathy (or more accurately Antisocial Personality Disorder) this article will be considering a more broad consideration of society. For the sake of excluding those biologically and psychologically inclined to treat others with less empathy than society believes to be “acceptable”, this article will forego the “clickbait” use of “sociopath” in the original title and elect the more appropriate term of “selfishness”. I include this portion primarily because I want to make clear that the use of specific language (although useful for self promotion) can make life harder for those struggling, and it is important to actively acknowledge and avoid it.

Mental illness is complex and the biological determinants of certain personality traits are often conflated with the defensive and opportunistic traits that we utilize in society. This is both used for the demonization of the weak (by those that expect others to align with themselves for efficiency) or protection of the powerful (by conflating personal failings with an unalterable – and thus permissible – biological effect). Blaming the ignorant is it’s own failing since the media often has an interest in utilizing this conflation for self gain (as shown above) and expecting the people to have the time to do their own research is unrealistic due to other more prioritized life demands. If anyone is to blame it should be the platforms giving us a consistently untrustworthy narrative.

So identifying what can be controlled (selfishness) as opposed to a default state that is a struggle to overcome (sociopathy) is an important distinction. This article will focus (at least until the end) exclusively on the former.

“The Selfish are Acclimated for Success”

It is easy to look at the “successful” and see them as built to be fundamentally different. They make choices that value profit over people, they dogmatically justify harm by appealing to rules, they promote a disembodied status quo rather than to support their fellow man. It is easy to look at these and (coming from a place of neighborly teamwork) wonder if this is because the successful are just built differently.

No one that cares about others could be so cold. The successful depend on us just as much as we depend on them. Oftentimes, this comes with a relationship to those that have a direct authority over our objectives and tasking. The more we humanize the person in power, the greater the betrayal in how easy it is to dismiss our own humanity.

This is an easy perspective to take, and it is natural. Being the protagonist of our own story, we shouldn’t be mistreated. Obviously our worldview is that which is normal and acceptable. It lacks one aspect though: people adapt. For that reason I offer an alternative:

It isn’t that the selfish climb the ladder of success (although that may be a beneficial trait to have), but instead the control that comes with success demands that we dehumanize those that answer to us. The powerful are forced into a position where they have to put their own identity and relationships to the side in order to promote the collective group.

At least this is the story they will tell themselves. In truth, they are fulfilling a role and assimilating to a community that cannot condone disloyalty.

If we are honest with ourselves, we can see this play out in our own lives:

parents do this to kids,

teachers do this to students,

experts do this to laymen,

speakers do this to audiences.

We put ourselves on a pedestal where we have to speak with an authoritative voice that isn’t necessarily our own so we can give guidance to the masses (even if that doesn’t work for everyone). Most don’t feel comfortable with authority (because we either are unsure what to do or because we don’t believe we deserve it when we have it) so we appeal to a greater social power than ourselves; we disassociate to take on the role of an authority. Over time, that disassociation can replace the identity we set aside.

What many see as “selfishness” is simply a personification of a collective expectation.

Chicken or the Egg?

At this point we could look at data to figure out which of these are more likely: but this is unanswerable using empirical data. There are studies suggesting that economic selfishness is learned as well as others claiming a person’s morality integrity is intrinsically linked to what class they are, so that is a bit unhelpful. Instead I will appeal to a “humanist” argument.

Consider that you are in a group of peers and you want to be included. What do you do? For most, this is the primary purpose of empathy. It is a trade off of mutual promotion and validation: you acknowledge someone else with the expectations that they will in turn acknowledge you. Non-coercive relationships are never one sided, both people benefit (even in spite of miscommunication or differing worldviews). Being able to see the other as a person and respecting them as such is essential.

Alternatively, consider yourself in a leader-follower relationship. While some may feel natural in the position (being able to construct an environment understanding that some will be more acclimated to the situation than others), most will appeal to how they are “supposed” to act. We don’t empathize as much as those that are following because we are expected to press on – to lead – otherwise someone else should take our spot (and we deserve our spot). We no longer have to cooperate to fit in.  We have the ability to demand it. Followers are not people anymore, but a group to be controlled… even if it is just a single person.

Some may already be justifying this acknowledgement saying “yes, but this is how projects are completed. Someone needs to guide the others. The leader-follower dynamic is sometimes necessary”.  And I agree. It is. That isn’t the problem. The problem is that the leader status is considered “better”.

Jeff Bezos went to space in his own private rocket. Bill Gates has spent approximately 50 billion dollars on humanitarian endeavors, Elon Musk follows the legacy of Tesla: an inventor that will save the planet with green energy. When reported in this way, it makes sense why these are our role models. At least the narratives make sense.  In truth, Jeff Bezos can only afford that rocket because of anti-union propaganda, Bill Gates can do nothing and make the annual income of an average household every 1 hour *, and Elon Musk – ironically for anyone that knows the War of the Currents – is more in line with Edison’s branding (employing brilliant people and collecting their inventions under his resume) than an inventor such as Tesla.

These are hardly bastions of social virtues. Just people with a team of defenders, good optics, and an inconceivable amount of money.

But the narrative is there. It is one that society has institutionalized. From Rockefeller Center to the Farrari, the immortality that the rich find in material legacies of cultural cornerstones is enviable. So we strive to recreate a piece of that. We justify that desire. Having excess influence is considered a social virtue and those obviously must be authorities on morality.

Of course practically – being human – they will seek to justify themselves as well, which means convincing others (that already believe) that they deserve what they have. “The poor are lazy”, “you can pull yourself up by your bootstraps”, “criminals deserve punishment” become the pushed narratives; and most are too eager to conform to the system (for the sake of survival and comfort) that they don’t object. For these, there is no option but to consider empathy for “the other” as ignorant and counterproductive.

The virtue of control must not be challenged.

Challenge the Virtue of Control

Since every aspect of society demands that we strive for success (be it due to a need for employment or a need to be “moral”), how do we counteract the harm we do to others?

We must force society to reevaluate what is expected of the powerful.

It is true that there are circumstances where a “leader-follower” relationship is needed, but those should not be normalized. In truth, there is no reason to think the relationship should exist in the long term. Leaders have a specific job they are expected to do.  Once that job is accomplished, the hierarchy is no longer needed, so let’s call institutionalized hierarchies what they are: dictators. Unless leaders aim to make their own position irrelevant, they are seeking only self empowerment, and that will necessarily neglect those who have different world views.

If there is an “optimal” society, any attempt to stray away from it will fail. Therefore, we must test alternatives in an attempt to find what works best. So in practice: where there is harm seen, the more “natural” that situation feels, the more it must be pushed back on. It is only by normalizing this expectation that society can improve.

So it is up to each of us to understand what is essential to the leader role and aim to distribute that essence. We need to consider it a “success” to do this.

While control will gain superficial immortalization; the person will be lost to the system’s expectations. The person is forgotten. The person dies alone.

Everyone struggles to adapt to others, those with natural inclinations that are in contrast to the status quo more than most. But that doesn’t mean that we need to project an absolute assumption of what will happen.

If the expectations of society is to empower others instead of controlling them, those who value only success will prioritize helping others more. There is no reason to assume that attributes like sociopathy or pyschopathy (the actual unchangeable conditions that people live with) essentialize selfishness. It very well could be that this is only acted on because that’s what gains one attention and respect.

If we normalize humanizing each other – treating others as equals instead of what society expects of us – society will change one bit at a time. If we change society, then we change the definition of success.  And then “success” will no longer be synonymous with “selfishness”.