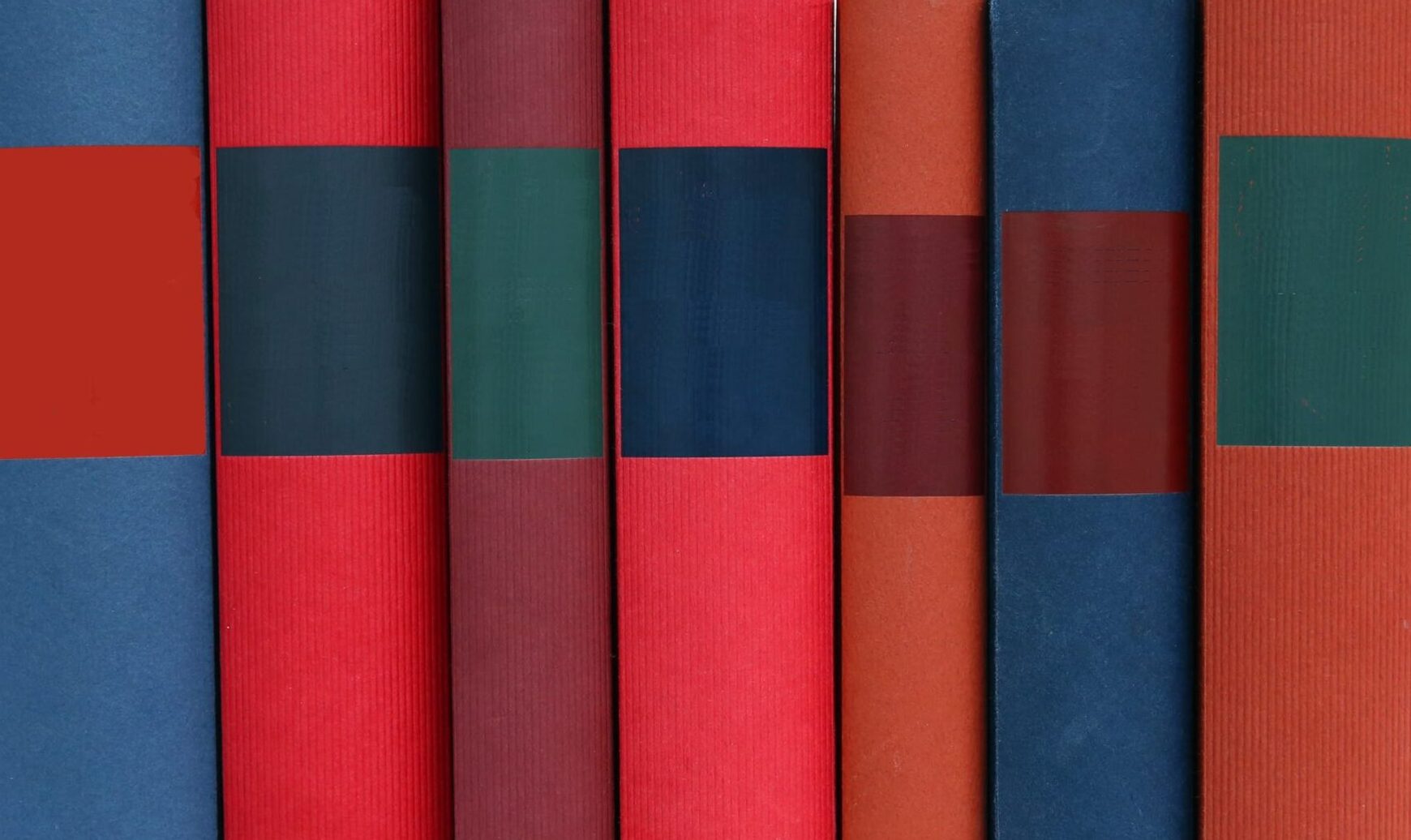 Critical Thinking in School vs Conservatism

It cannot be denied that the mythoi and civility of a community is promoted most in the youth. Indoctrination is unavoidable and undeniable. It creates an ideological direction that will take decades to overcome assuming that it can be at all. For this reason, cooperation with those of different communities and ability to question civility must be part of that indoctrination.

To think that any person on earth has not been indoctrinated is ignorant. As a simple example: in the current age the social normalization of the “core family” indoctrinates us into prioritizing biological lineage, monogamous relationships, normalization of the patriarchy, and respecting tradition. There are virtues and justification for some of these, but it is impossible to tell if those are manufactured by our own subconscious or a natural response to what society requires.

There is a separate (and often conflated) conversation to be had about the practical use of information, that will not be discussed here. Whether or not believing “all those that have broken laws are flawed” has more virtue than believing “gravity exists”; that conversation will be saved for another time. For now the focus will be explicitly about whether or not there is any way to avoid indoctrination and – if not – what type of information we should be indoctrinated into.

Definitionally, escaping indoctrination is easy. All it takes is critique. Putting that into practice though is much different. In the same way we cannot simply choose to see new colors, we also cannot simply choose to believe in a different reality.  Some beliefs are so ingrained into our world view that escaping them requires not only a community that will support that critical exercise but also a leap of faith that what we believe – everything we depend on for our existence – is fundamentally wrong. Therefore justification is practiced instead of the skepticism we need.

To put it more simply, the only way to escape indoctrination is to be a nihilist and deny all ability to know anything, which is not practically possible.

So, if indoctrination is unavoidable… can we – should we – value knowledge?

Fundamentally, acquisition of any information is knowledge. This will directly be tied to experience and the values we internalize along the way. For example, if we look at society explicitly through a lens of gender, then all conflict will fundamentally result in the knowledge that gender equality needs to take a primary focus. Similar for race, sex, class, or any other categorization that we may be able to identify with. Of course it is not possible to educate others how to view society through all lenses, so the natural follow up is: in education, why do we prioritize some topics over others?

This is where we can first start talking about how conservatism is used in schools. If specific language is suppressed, then fundamentally the conversation will disallow that lens of cultural analysis to be utilized. Suppressing the discussion of sex education – which happens often – will fundamentally not allow children to be able to identify personal and social threats (such as non-consent or sexism respectively) that they have otherwise normalized through their experiences. There is only one rationale to promote this social ignorance that I can imagine when it comes from the educated, and it is a fear that the knowledge may be used to critique general social indoctrination.

There is also the consideration of what IS taught and how.

Knowledge can be derived from experiences around us through a community discussion. This seems like a valuable engagement, but this “derivation” assumes objectivity when it is anything but. Through a combination of perception bias and suggested focus, the narrative that surrounds the events can be warped to ensure that “incorrect” interpretations will be avoided while the “correct” analysis is accepted. This is fundamentally unavoidable, but also at the heart of how people are indoctrinated into their world view.

Alternatively, knowledge manufactured over millennia of logic and deduction can only be passed on by an authority. This again is unavoidable, but this can be used just as much for cultish reasoning as it can scientific derivation. The conflation between the two utilization (the positive presentation of models vs the negative dictation of inconsistent stories) should be easy to separate, but that’s not true. Much of the math that we used to land humans on the moon is based on a system that wasn’t immediately accepted and is still fundamentally incomplete: relativity.

In short, the topics we choose to teach within education are inherently and – likely – unintentionally satisfying an agenda of what the kids of the community are indoctrinated into. While this is intended to be an amoral statement, I expect the inherent problems won’t be lost on anyone.

All communities have an expectation of how their citizens are expected to act. Through patriotism, the historic justification of the community and the current justification of the community’s leaders can both be identified. While democracies (both representative and direct) undermine any current authorities from dictating the patriotic truths taught to the next generation, it cannot stop it completely. Furthermore – unless active approaches are taken – the state will never abandon justifying its formation and progress. This means that education will always attempt to indoctrinate each person into the virtue of the state “truths” which community platforms promote. These “truths” include the economic system, the government organization, the community infrastructure, and the national morality to name a few. It is important to recognize that these are not universally the same but they will comply with what is “civil” according to the community.

Does this mean that a person is the product of the education of the community?  Are we doomed to adopt the “truth” that surrounds us as we grow up? Well – unfortunately – yes: we all have some unidentified assumptions of the world that we do not even know to question. For this reason, a society can typically be judged from it’s despondent community: those that fundamentally cannot live up to being accepted. Pushing aside that this naturally causes nations to value homogeneity, we can see why those that can abide by the comfort of the society (the conservatives) will naturally conflate being a “good citizen” with being a “good person” even though that may mean rejecting egalitarianism and humanitarianism.

In spite of the beginning, I have purposefully neglected to discuss critical thought until this point. Per the previous claim, I didn’t want that language to corrupt what would be otherwise a straightforward acknowledgement that education CAN BE strict indoctrination (for both good and bad). The problem is, without critical thought being implemented, it is impossible to evaluate it: all education is an amoral “truth” whether it be taught by the Nazis or… well take your pick of what you think a “good” education is.

This is why a conservative education will never include skepticism as part of its agenda. Asking an unanswerable absurd question such as “is fire alive?” will fundamentally break the illusion of “truth” being taught, so absurdity is rejected. Generally, this is not done with malice but for the practical reason of time constraints. The more a subject should be taught through discovery, the conservative approach will be to cram it with topics to teach so discovery cannot happen. This shifts discovery to dictation and critical thought to acceptance, and the ability to challenge current society will remain suppressed.

The less “truth” is dictated in the classroom, the more that a person is able to explore the subject matter taught. From showing how to logically and mathematically construct systems to promoting the virtues of different cultures to praising the comparisons of conflicting historic “truths”; the more students are incentivized into self discovery and exploration of the world the more indoctrination they can challenge.

There is a final flaw worth addressing. As stated in the beginning, unrestrained critique – which is ultimately being valued here so a person could evaluate a world honestly – will ultimately lead to nihilism. Human knowledge is limited and people disagree so a fundamentally universal truth can only be guessed at. It is inevitable that at the core of honesty and consistency is the statement “I don’t know”. So unless we are to condemn education to incorporate a cultish hubris that comes with the claim of omniscience, this phrase must also be fully acceptable when evaluating comprehension.

Not only is “I don’t know” acceptable, but those that never say it should be treated as charlatans.

So – to summarize – education of the next generation will fundamentally dictate what the country will become. Authoritarians will train “good citizens” to respect authoritative dictation regardless of those that suffer from bad grades or social inequality. Conversely, community cohesion and individual authenticity will be amplified when we learn how to challenge the metaphysical social prisons we are indoctrinated into. Whether we provide these tools to the future leaders or restrict their critical understanding is completely our decision to make.